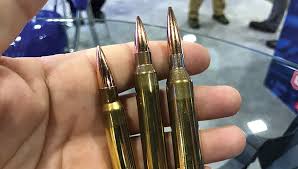 For those who wish to truly maximize their potential, it’s important to pick a race with traits that complement your class and spec. Today, we’ll discuss which race is the best Alliance hunter race. We’ll talk about the advantages each race brings to PvP and what they bring to PvE!

Let’s start with the most likely group to be after perfectly min/maxed characters, PvPers. In Arena, you have as much emphasis on survival as on damage dealing, so you’ll quite often have very different priorities from PvEers.

The first race up for discussion is Night Elf. Night Elves bring a dodge buff, a Nature Resist buff, and Shadowmeld to the table. All of these abilities are very handy for https://reelammunition.com/product/338-lapua-magnum-270gr-500-rounds/ PvP. A hunter with a cat can go stealth and really get the jump on people, and it’s always handy to be able to run behind a pillar and Shadowmeld to buy some time.

Next, lets talk about Dwarves. Dwarves get a handy bonus with guns, a Frost Resist buff, and Stoneform. Being able to get rid of poisons, diseases, and bleeds can really save a dwarf hunter, and the 10% armor bonus is a nice emergency survival button on its own.

The last choice, until Cataclysm at least, is Draenei. Draenei have a Shadow Resist buff, a hit buff, and Gift of the Naaru. The ability to heal yourself or your opponent can really save the day, and the hit buff means you and your partner have that much less hit you need to stack, making Draenei a very attractive choice overall for PvP.

Overall, it’s hard to name a best Alliance hunter race for PvP; Dwarves are probably the best, but it’s by a very slim margin.

Now then, let’s talk about PvE. We already know the racial traits each class brings to the table, so this should be quick: Draenei’s hit buff is a great DPS buff not only for the hunter but for his entire party; be careful, though, as another Draenei makes you redundant. Second place goes to Dwarves; their extra crit with guns is pretty handy, though sometimes you’ll be forced to upgrade to a bow in PvE. Night Elves, unfortunately, have zero useful PvE racial traits.